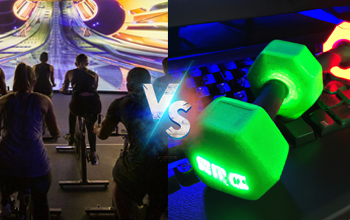 This article review looks at a study that compares strength training and aerobic training effects on executive function and attentional control. The discussion includes realistic extrapolations to esport performance via these mechanisms. 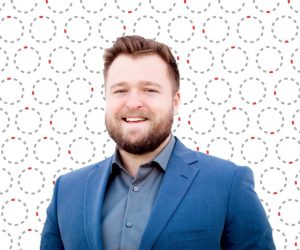 Nicholas Fulco PT, DPT, Cert. DN is a Physical Therapist working in outpatient orthopaedics and sports rehab. He received his undergraduate from Louisiana Tech University in Kinesiology and Health Sciences in Ruston, Louisiana. He then received a Doctorate in Physical Therapy from the University of St. Augustine for Health Sciences in St. Augustine, Florida. He has worked with professional, collegiate, high school, and recreational esports and traditional sports since 2019 and currently operate in a sports medicine clinical setting. His gaming passions include FPS, MOBA, and Battle Royale games. He is a contributing author to the esports health and performance institute and is involved with the team services at 1HP.

What Will You Learn?

However, there have been few studies which compare the two interventions to see if one type of exercise trumps another, or if specific exercise parameters elude to greater yields in the measured cognitive functions.

While research to date is promising, we will attempt to decipher a key piece of literature attempting to understand the most appropriate FITT for maximizing these brain gains.

This information is of particular interest to competitive gamers due to the heavy reliance on executive functions for in game performance.

As defined by the DSM-5, executive function is a neurocognitive domain that deals with information processing and decision making. 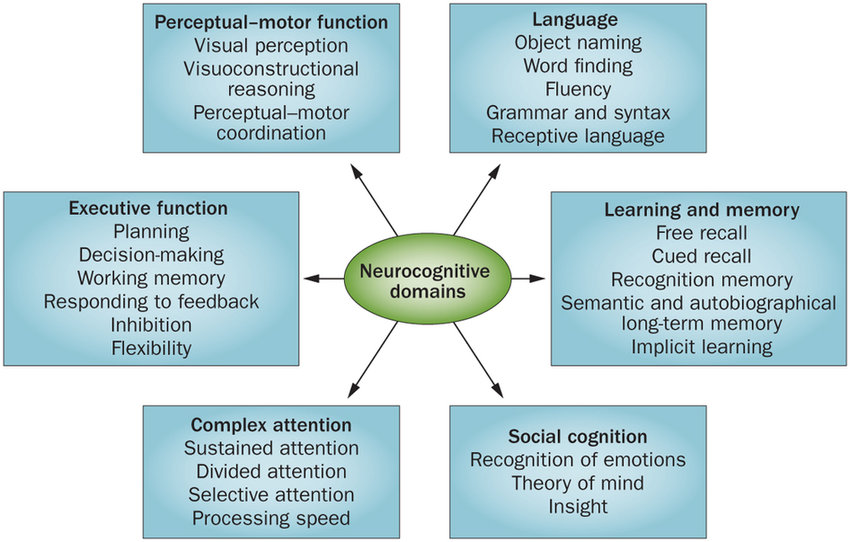 It is one of the most relied upon neurocognitive domains in esports for high level performance.

In 2019, Tsuk et al. Attempted to seek which exercise prescription was superior for inducing acute improvements in cognitive function and attention. 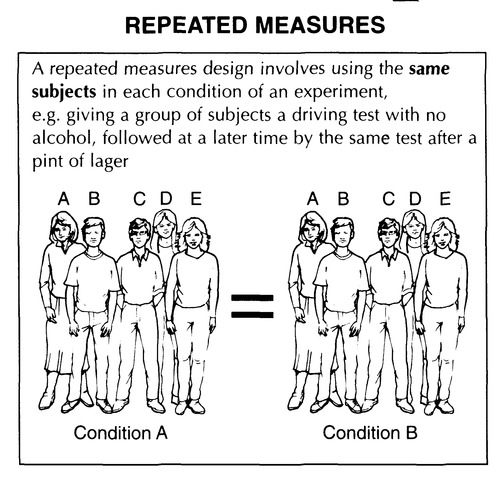 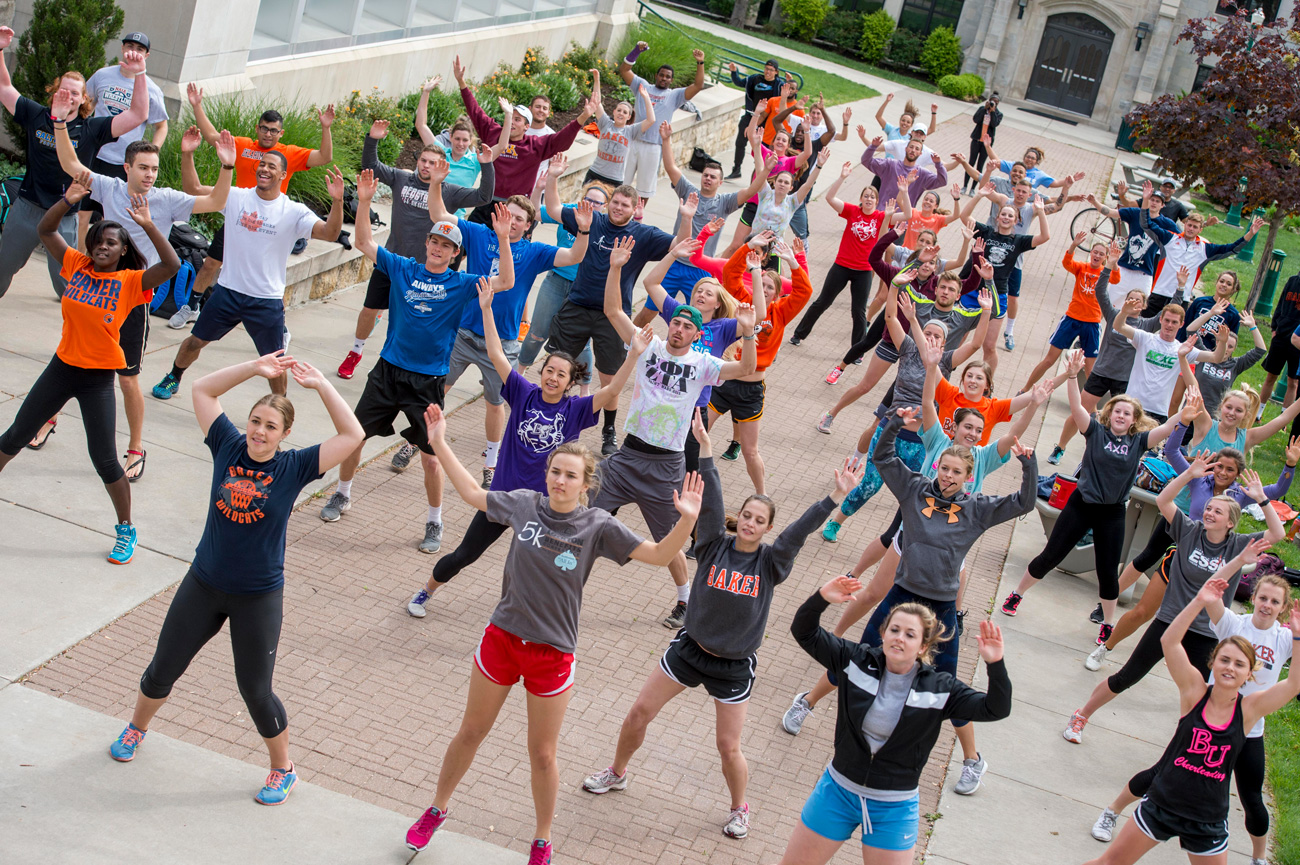 Inclusion Criteria: All of the students were familiar with both training modes. Inclusion criteria were: non-smoking, no neurological or psychiatric disease, no prescribed medications that might alter cognitive function, and no head injury or long-term hospitalization in the previous three months.

Procedure: Participants visited the lab four times, each visit no more than one week from the previous visit. They were asked not to engage in any structured exercise on the day of their testing session, and not to consume caffeine for at least two hours prior to the session. The visits were in the following order 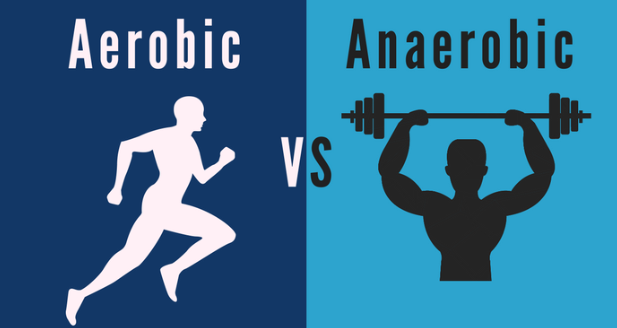 Data Gathering: Cognitive testing prior to interventions each session and 5 mins after performance of control or experimental tx. 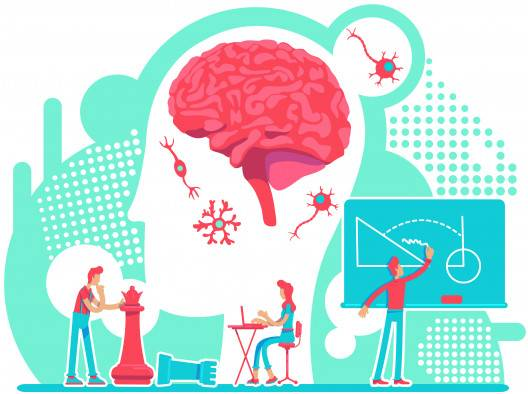 The Stroop Test can be used to measure a person’s selective attention capacity and skills, processing speed, and alongside other tests to evaluate overall executive processing abilities. 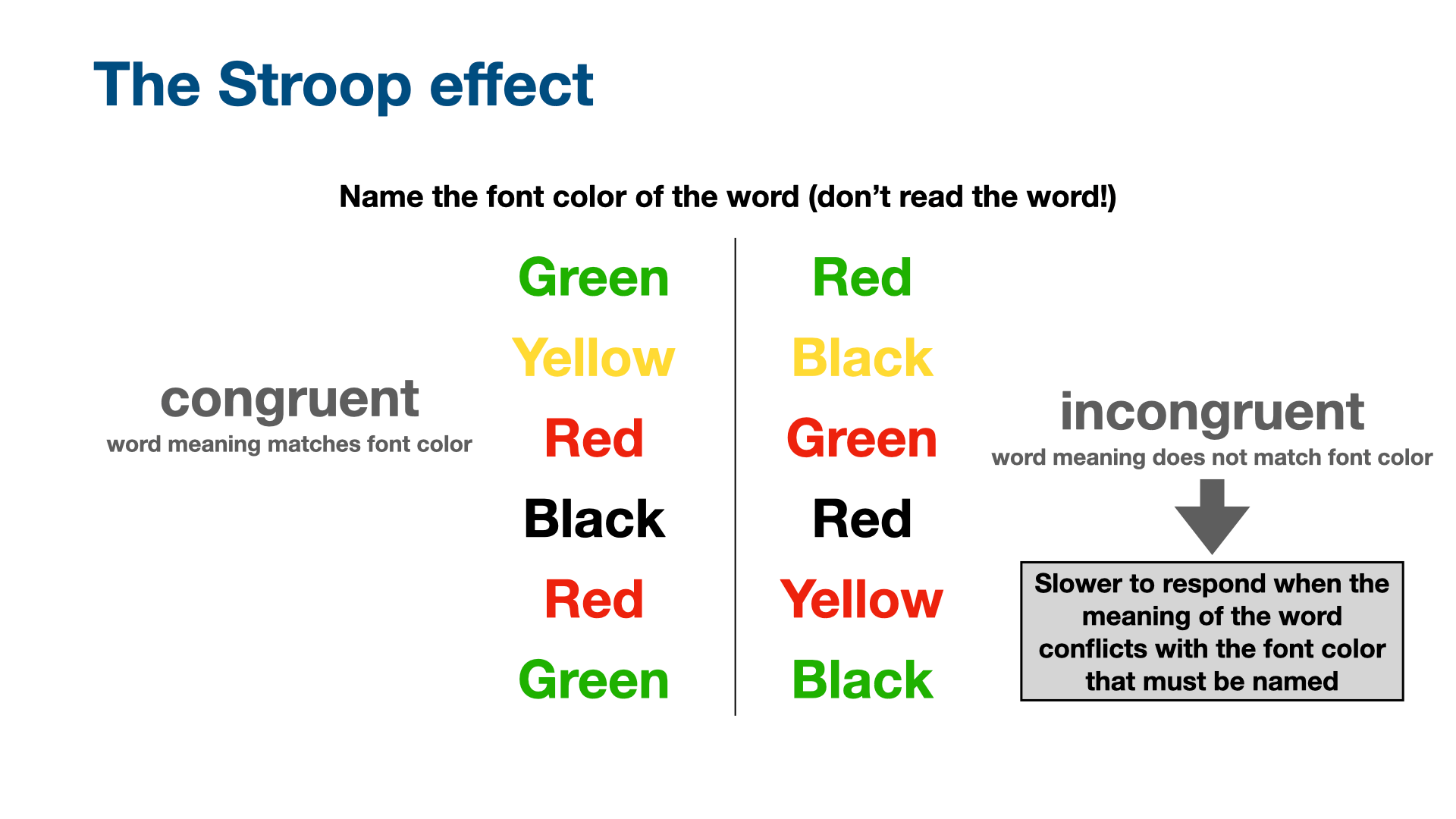 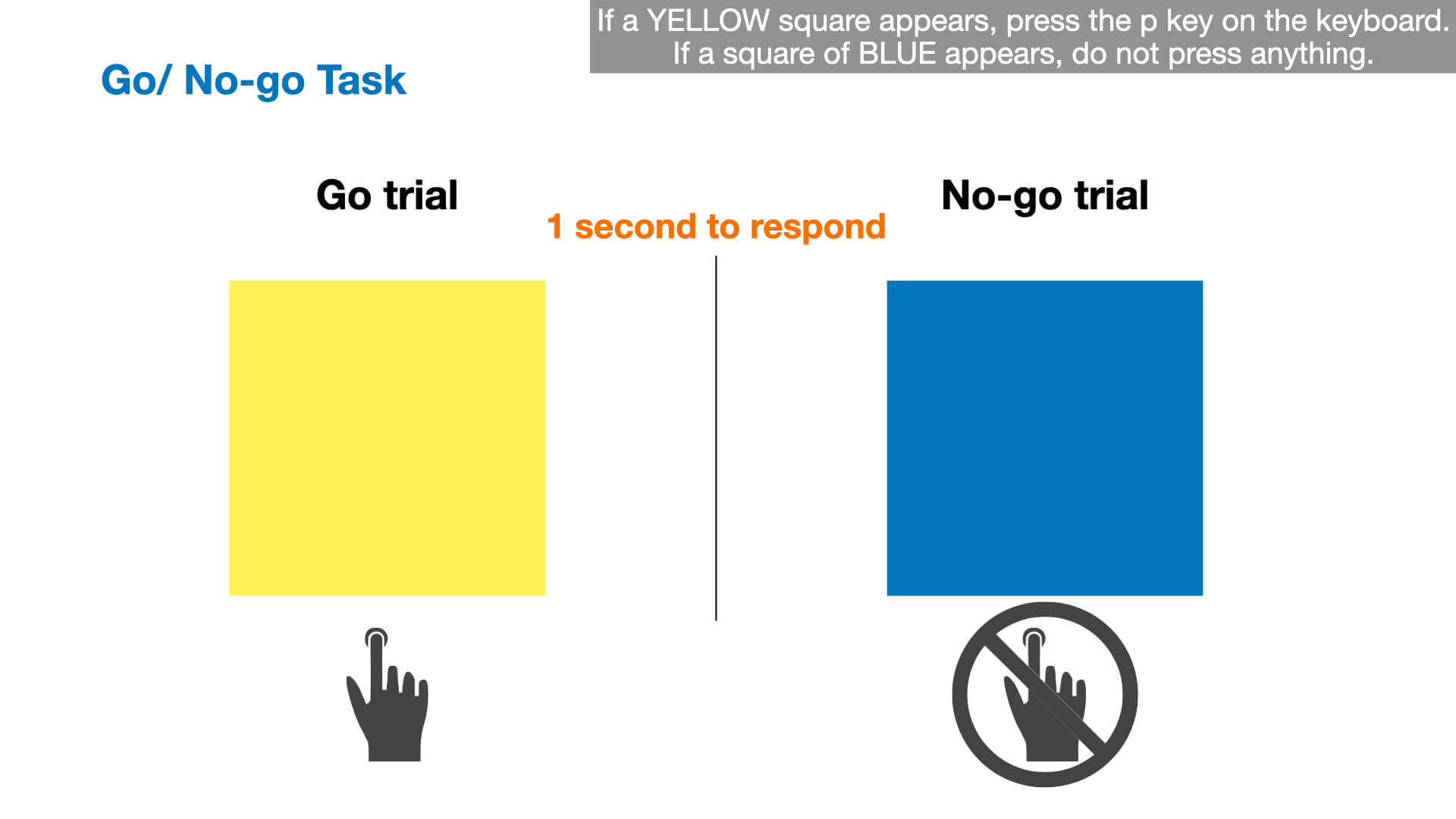 The participants were presented with a series of large colored squares on a computer screen at variable sequences. Each square was one of four colors. The participants were instructed to respond as quickly as possible by pressing a computer mouse button if the square appeared in any color but red. This test included 30 trials. The variables measured included: accuracy, response time and its associated variance, a composite score computed as accuracy divided by response time, number of errors of omission, number of errors of commission, and response time associated with errors of commission. Omission errors are assumed to reflect deficient sustained attention or vigilance; commission errors – a combination of underlying processes, including impulsivity and inattention/memory deficit 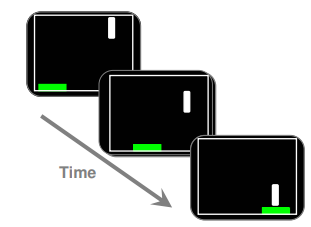 The test requires participants to catch a falling object on the computer screen by moving a paddle horizontally so that it can be positioned directly in the path of the falling object. This test included 20 trials. Outcome parameters included response time and associated variance for the first move, number of direction changes per trial, error for missed catches, and a total performance score. 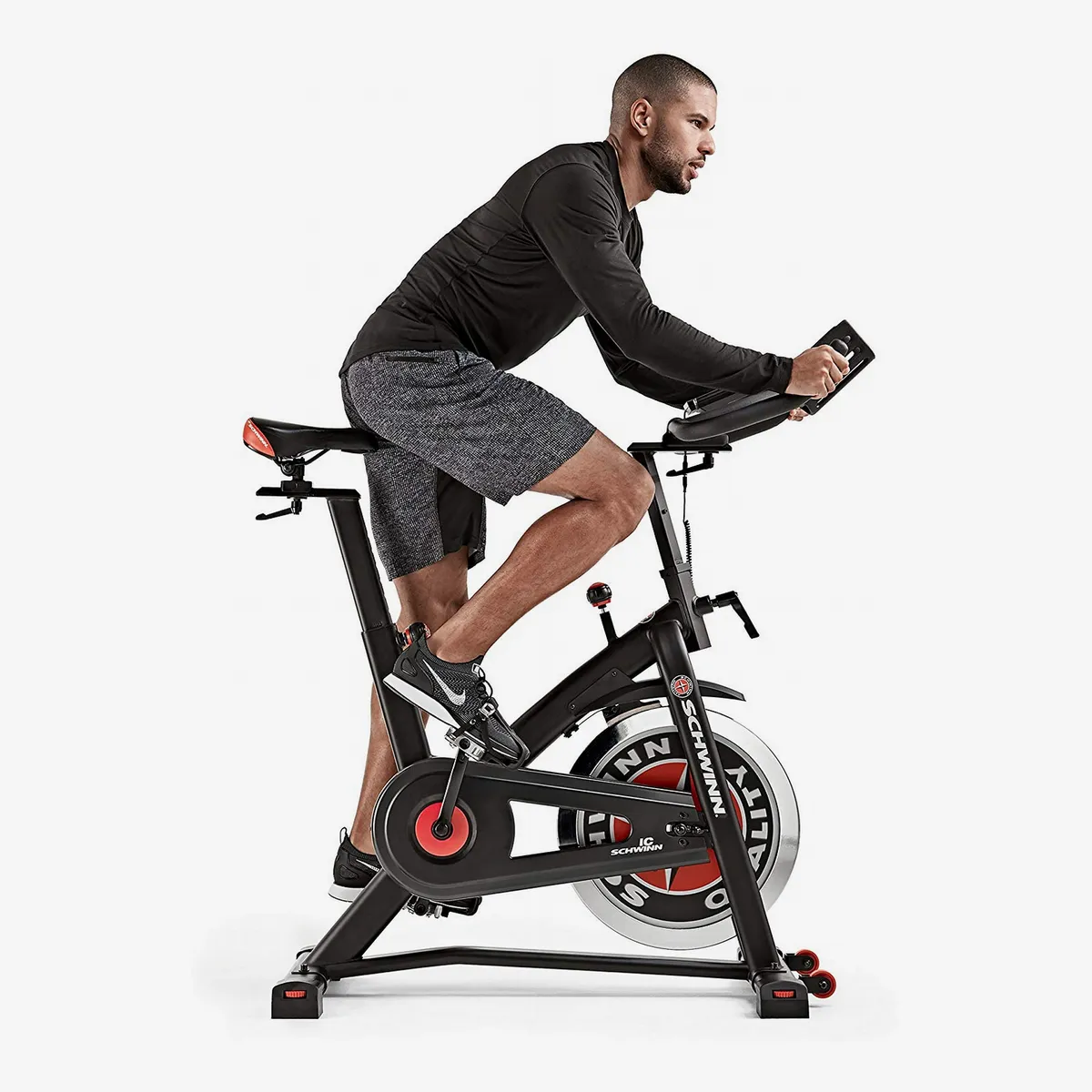 3 min warm-up of pedaling with no load. The load was then increased until the participants reached their predetermined training load of 60% of maximal load, and they continued cycling for 30 min. This exercise session lasted approximately 40 min and could be described as a typical moderate-intensity aerobic exercise session, based on classifications proposed by the ACSM in 2010 ( ACSM et al., 2010). The rated perceived exertion (RPE, Borg, 1974) for all participants during the aerobic session was in the range of 12- 14. The scale ranges from 6 (no exertion at all) to 20 (extremely hard exertion). 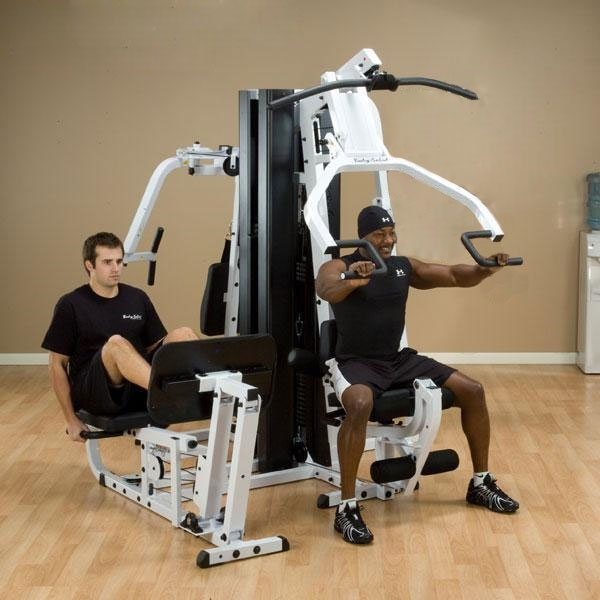 This was designed to represent a typical moderate-intensity resistance exercise training session. The session began with a warm-up of stretching exercises. Then the participants performed the resistance exercises by completing three sets of 15 repetitions at 60% of their 1RM, for each of the six major muscle groups that were assessed in the first visit. The exercises were performed using a Body-Solid EXM3000S multi-station gym. Participants were given a 1 min rest between each set of 15 repetitions and prior to moving on to the next muscle group. At the end of this session, a 3 min cool-down was executed by walking slowly to the room were the cognitive tests were performed. This session lasted between 35-40 min.

During this condition, the participants sat quietly for 30 min. 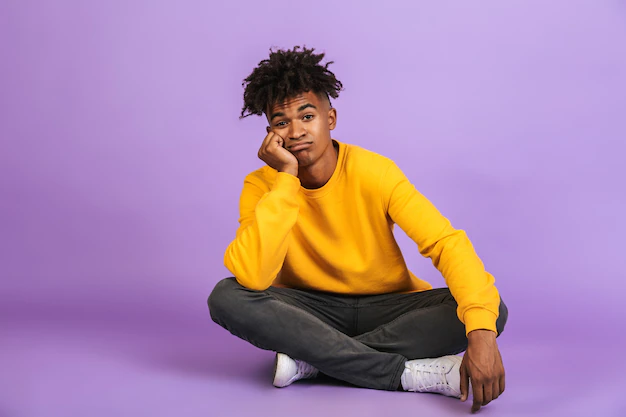 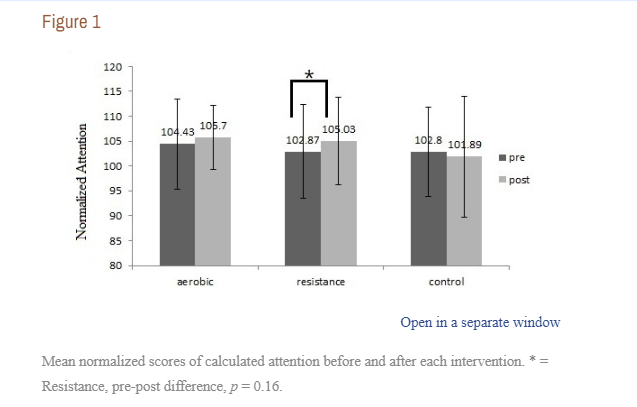 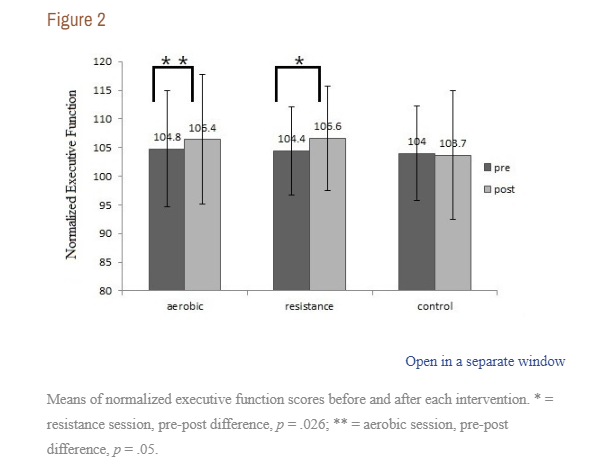 Main finding was that both resistance and aerobic exercise enhanced executive function and attention in young healthy adults.

Attention was significantly affected only by the resistance exercise session.

These results are in line with two studies, one conducted with middle aged women (Alves et al., 2012) and the other with high school students (Harveson et al., 2016), both of which demonstrated an improvement in EF following both aerobic and resistance exercise.

Another possible mechanism that was suggested for the cognitive improvement following aerobic exercise is that exercise induces physical stress, activating both the sympathetic system and the hypothalamic pituitary-adrenal (HPA) axis(Mastorakos, Pavlatou, Diamanti-Kandrakis, & Chrousos, 2005). 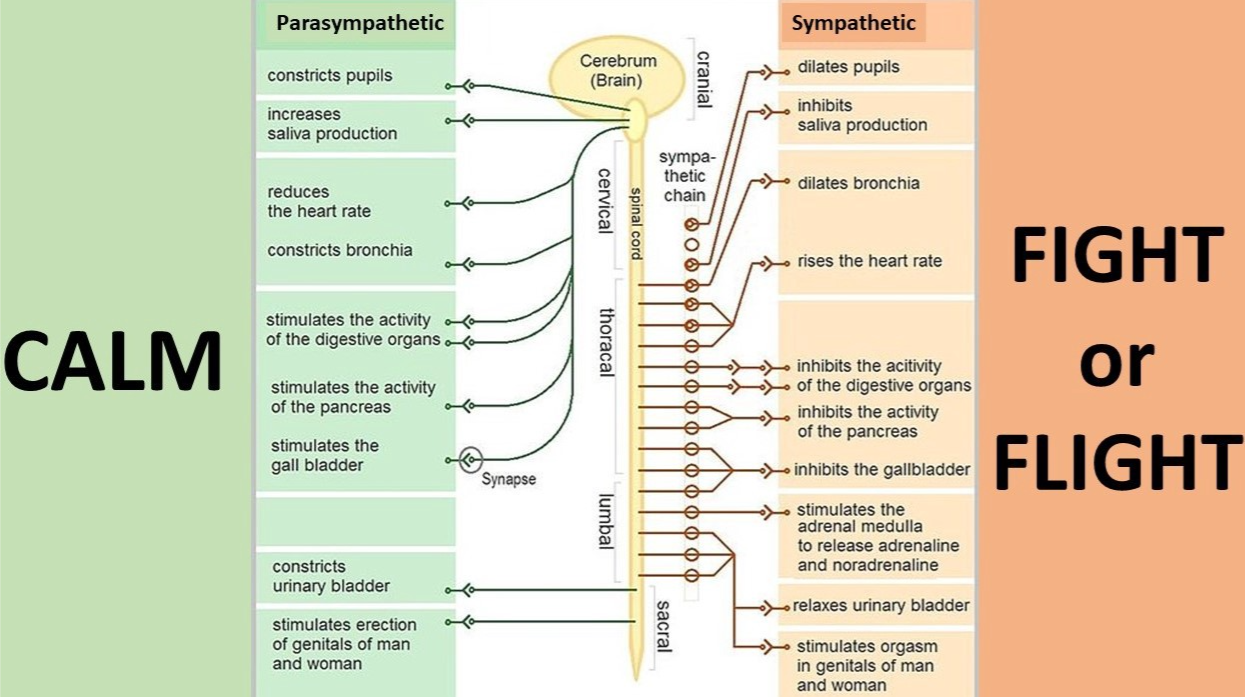 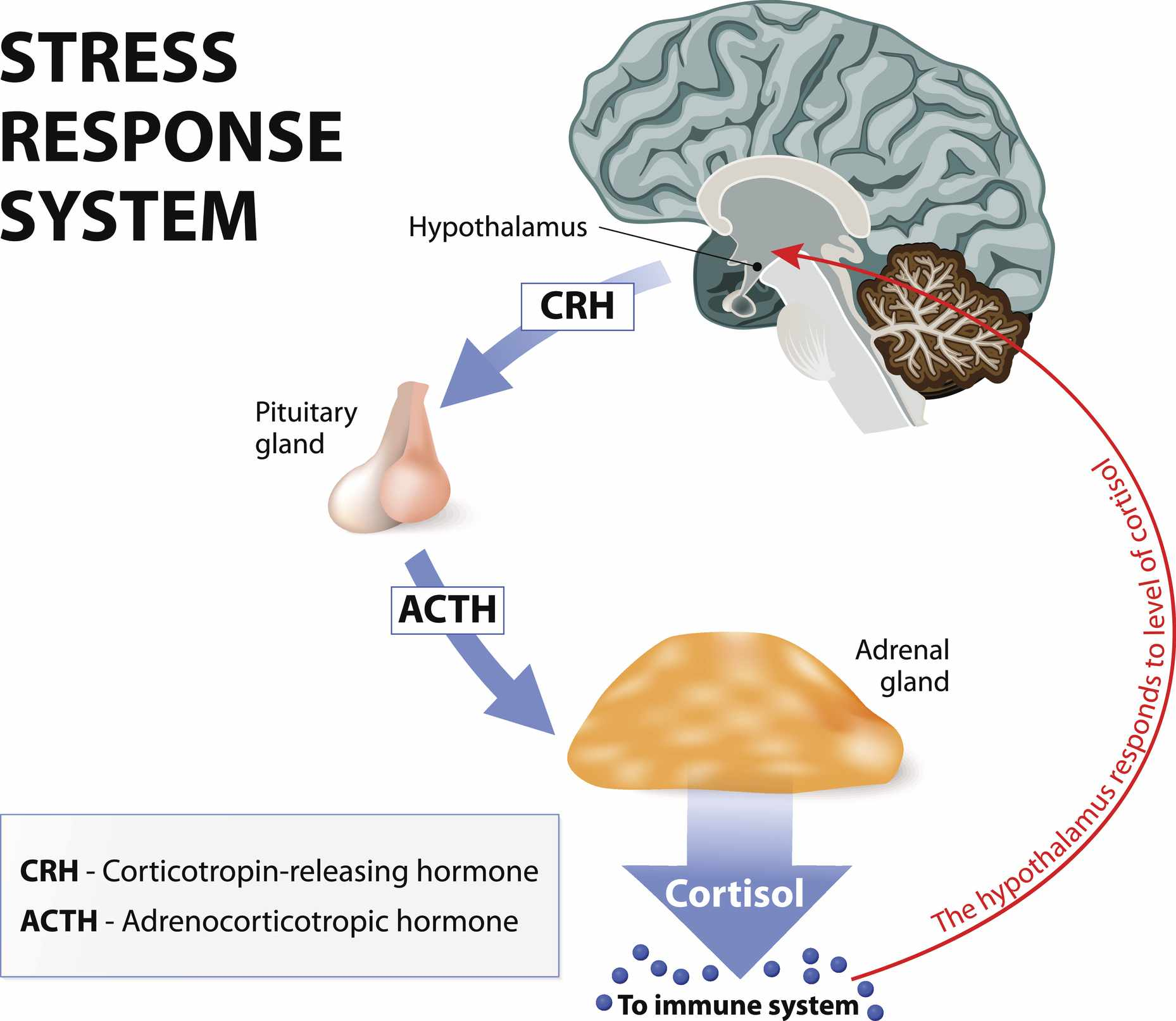 Stress hormones related to the activation of the HPA axis and the sympathetic system, such as cortisol and noradrenalin, respectively, were shown to affect cognitive function (Lambourne, & Tomporowski, 2010; Segal, Cotman, & Cahill, 2012)).

Research examining the link between Action Video Game (AVG) play and cognitive ability has predominantly focused on either comparing the cognitive performance of Action Video Game Players (AVGPs) to non-gamer (NGs) controls or investigating the change in cognitive performance following an AVG intervention. For example, AVGPs are shown to display superior information processing ability compared to NGs [15]. Additionally, AVG play has shown to improve attentional allocation, spatial processing, and mental rotation abilities (for a review, see [16]). In fact, the magnitude of AVG-mediated spatial skill improvement is shown to compare to the improvements observed following engagement with formal courses (secondary school and university) aimed at enhancing those same skill.

The esports  and gaming demographic ranges from 18 to 34 years old and encompasses 30% women and 70% men. These people are passionate, social, and highly-engaged across various platforms.

The article reviewed Tsuk et al. demonstrates subjects who best emulate the esports demographic to date regarding research related to the acute effects of exercise on executive function and attention.

Based on the methodology and findings in this study we can recommend the following protocols for improving esports performance by means of executive function and attentional control.

This study used cycling as the primary intervention for aerobic exercise but it’s reasonable to infer other methods (running, rowing, etc) are equally effective. 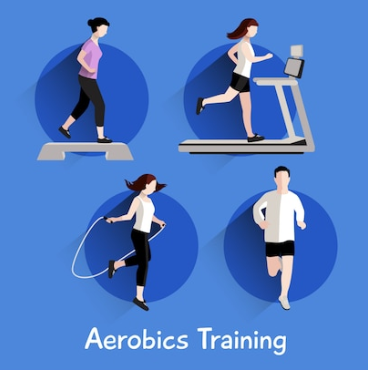 Improve Attentional Control and Executive Function:  Participate in moderate resistance training 3 sets of 15 reps at 60% of max effort. Alternate between the 6 major muscle groups of the body (Chest, Arms, Shoulders, Legs, Core, Back) 6 times a week. 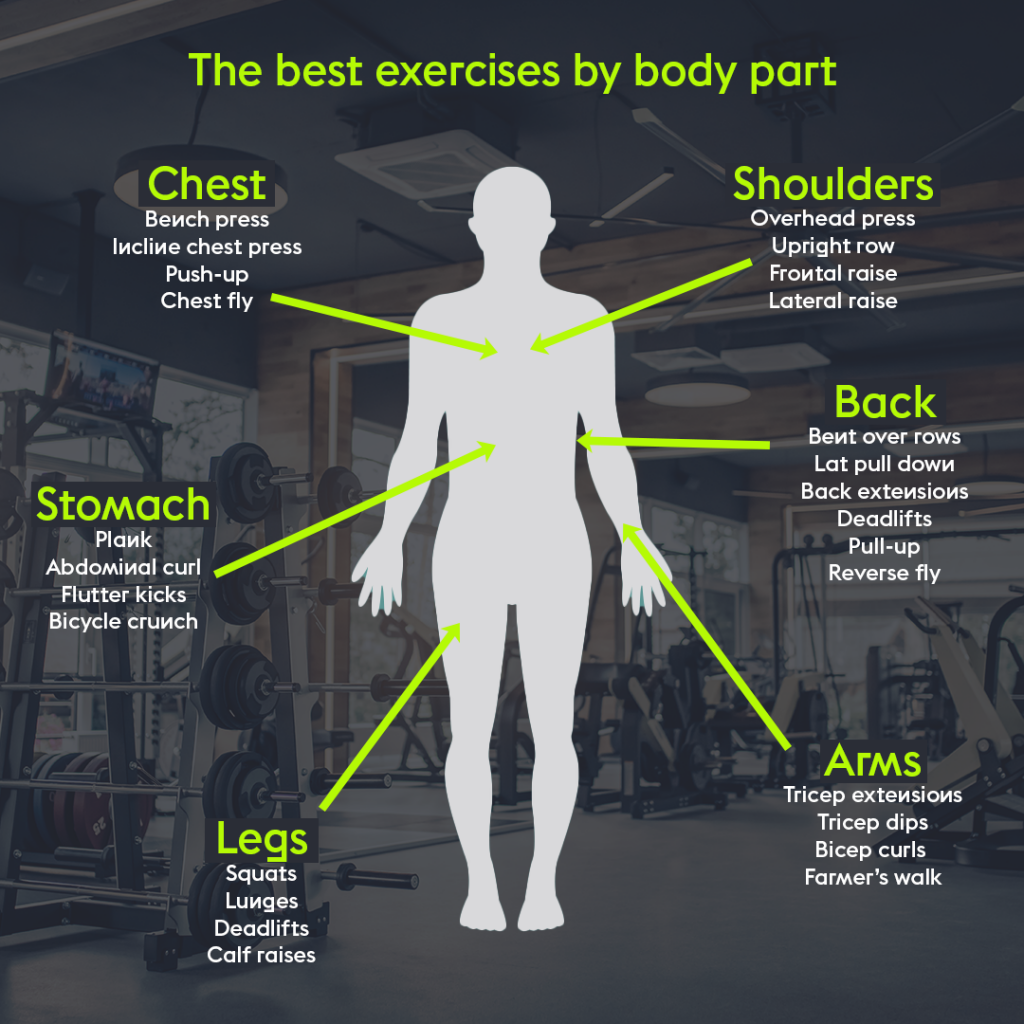 Practical Conclusion: If for the sake of time only one methodology of training can be chosen, resistance training offers more cognitive benefits over aerobic training.

The largest collection of gaming-specific health, fitness, and performance information on the internet, brought to you by the experts currently working in the industry with top-tier esport organizations.

Organizations that have benefited from the expertise of our authors include Cloud 9, Team Liquid, 100 Thieves, FNATIC, G2, TSM, and more.